Vibeke Miller Breinholt has served as our Senior Vice President of Nonclinical Development and Bioanalysis since January 2020 and Vice President of Nonclinical Development since January 2016. Dr. Breinholt has more than 15 years of experience within nonclinical development in the biopharmaceutical industry and more than seven years of experience in experimental cancer research. Prior to joining Ascendis Pharma, Dr. Breinholt served in roles of increasing responsibility at Novo Nordisk from November 2013 to December 2015, including serving as Head of Biopharm Toxicology and Safety Pharmacology, where she was responsible for overseeing more than 30 projects in early and late-stage development within diabetes, obesity, hemophilia and growth hormone deficiency. Prior to Novo Nordisk, she held positions of increasing responsibility at Genmab from October 2007 to November 2013, ending her tenure as Senior Director of Preclinical Safety and Preclinical Regulatory Affairs. While at Genmab, she led development activities across both inflammatory and immuno-oncology projects, including the regulatory documentation and strategy for first-in-human and later stage clinical trials. Dr. Breinholt began her industry career at Maxygen in October 2003, where she served as Head of Toxicology and Associate Director Regulatory affairs until October 2007. Dr. Breinholt received her M.S. and Ph.D. in Toxicology from Oregon State University within experimental cancer research and a B.S. in Bromatology from the Royal Veterinary and Agricultural University, Denmark. Dr. Breinholt also earned advanced diplomas in business administration and pharmaceutical regulatory affairs.

Flemming Steen Jensen has served as our Senior Vice President, Product Supply and Quality since August 2015. Prior to this, Mr. Jensen served as Corporate Vice President for Global Pharma Consulting and Business Development and member of the management team at NNE Pharmaplan A/S, an engineering and consulting company (part of Novo Nordisk A/S), from October 2014 to July2015. From 1999 to September 2014, Mr. Jensen served as Executive Vice President of Product Supply (Production, Supply Chain, Engineering and Maintenance, Business Improvements, Quality Assurance and Health, Safety and Environment) and member of the Board of Management of ALK-Abelló A/S, a pharmaceutical company. From 1986 to 1999, Mr. Jensen held several management positions relating to Development, Manufacturing and Engineering within Novo Nordisk A/S, a pharmaceutical company. Mr. Jensen is also a member of various Boards of Directors and Advisory Boards of privately held companies in the life sciences industry. Mr. Jensen holds a M.Sc. in Pharmacy from the University of Copenhagen.

Sigurd Okkels has served as our Senior Vice President of Product Development since April 2019. Most recently, Dr. Okkels led an independent consulting firm in the biopharmaceutical industry. Prior to this, he served as Vice President, Head of the Chemistry, Manufacturing and Controls Center in Europe at Takeda where he was responsible for numerous projects at all stages of development, from preclinical and launch to life cycle management. Prior to his tenure at Takeda, Dr. Okkels held multiple VP roles at Nycomed, including Vice President of Technical Development, the Biologics Network and the International Pharmaceutical Affairs. Dr. Okkels also served as the Science and Technology Director at Maxygen after a merger with Profound Pharma, a company which he co-founded in 1999. He launched his industry career at Novo Nordisk in 1992 after completing his postdoctoral training at the Royal Veterinary and Agricultural University (RVAU). Dr. Okkels received his Ph.D. in biochemistry and molecular biology from the RVAU in Copenhagen, Denmark.

Stina Singel, M.D., Ph.D., has served as our Senior Vice President, Head of Clinical Development, Oncology, since January 2022 and as our Head of Clinical Development, Oncology, since May 2020. Prior to joining Ascendis Pharma, Dr. Singel served as Senior Vice President and Head of Clinical Development and Drug Safety at Nektar Therapeutics from 2019 to 2020 and as Senior Medical Director at Genentech from March 2014 to 2019. From 2017 to 2019, Dr. Singel also served as an Adjunct Clinical Instructor at the Stanford University School of Medicine. Prior to Genentech, Dr. Singel was an Attending Physician and Clinical Translational Researcher focused on breast oncology at the University of Texas Southwestern Medical Center from 2010 to 2014 and was a Medical Oncologist at Washington Hematology Oncology, a community practice in Yakima, Washington, from 2008 to 2010. Dr. Singel received her M.D. and Ph.D. degrees from the University of California, San Diego, where she also completed her internal medicine residency and medical oncology fellowship. She received her B.S. in Biology (magna cum laude) from Harvard University.

Scott Smith has served as our Senior Vice President and Chief Financial Officer since August 2016. He was most recently Director of the Healthcare Investment Banking Group at Wedbush Securities, from 2012 to 2016, where he led the healthcare team and oversaw a substantial increase in revenue and transaction volume. From 2009 to 2012, Mr. Smith served as a Managing Director at Wedbush. Prior to joining Wedbush, Mr. Smith served as a Director in the Global Healthcare Investment Banking Group at Merrill Lynch where he began his career in 1995. He has also worked in sales, marketing and strategy roles for various companies, including start-ups and a Fortune Global 500 company. Mr. Smith received his M.B.A. from the Stanford University Graduate School of Business and graduated magna cum laude with a B.A. in Economics/Accounting – Physics from Claremont McKenna College.

Kennett Sprogøe, Ph.D. has held positions of increasing responsibility at Ascendis Pharma since December 2007, including serving as our Senior Vice President, Head of Innovation and Research since 2019, Senior Vice President of Product Innovation since January 2016 and Vice President, Product Innovation since June 2014. Prior to joining Ascendis Pharma, Dr. Sprogøe conducted research at the University of Copenhagen, where he applied novel hyphenated screening technologies to expedite discovery of drug leads from natural sources. Dr. Sprogøe holds a Ph.D. in Natural Products Chemistry from the University of Copenhagen and a M.Sc. in Pharmacy from the Danish University of Pharmaceutical Sciences.

Birgitte Volck, M.D., Ph.D., has served as a member of our board of directors since May 2016. Dr. Volck has served as head of Research and Development, Rare Diseases for GlaxoSmithKline plc since June 2016.  From 2012 to 2016, Dr. Volck was the Chief Medical Officer and Senior Vice President of Development at Swedish Orphan Biovitrum AB, a biopharmaceutical company.  From 2007 to 2012, Dr. Volck held various positions at Amgen Inc., a biopharmaceutical company, including Executive Development Director, Bone, Neuroscience & Inflammation.  Prior to Amgen, from 2004 to 2007, Dr. Volck served as Nordic Medical Director and Project Director at Genzyme A/S, a biotechnology company.  Dr. Volck received her M.D. and Ph.D. degrees from Copenhagen University, Denmark.

Albert Cha, M.D., Ph.D has served as Chairman of the Board since May 2021 and has served as a member of the Board since November 2014.  Albert is a Managing Partner of Frazier’s Life Sciences team. He joined the firm in 2021 and has over 20 years of experience investing in public and private biopharmaceutical and medical device companies. Albert was previously a Managing Partner at Vivo Capital. He currently serves on the boards of Ascendis Pharma A/S (NASDAQ: ASND) and KalVista Pharmaceuticals (NASDAQ: KALV), and has previously served on the boards of Aclaris Therapeutics (NASDAQ; ACRS), Biohaven Pharmaceuticals (NYSE: BHVN), and many other private and public biopharmaceutical companies.  Albert is a co-founder of the annual Dermatology Summit and Dermatology Innovation Forum. He also worked at Oracle Corporation in pharmaceutical consulting and at the Palo Alto VA Hospital as a biomedical engineer. Albert received his B.S. and M.S. in Electrical Engineering from Stanford University. He subsequently completed the Medical Scientist Training Program at UCLA School of Medicine, where he received his M.D. and Ph.D. in Neuroscience.

Lisa Bright, B.Sc., has served as a member of the board of directors since April 2017. Previously, she served as President International for Intercept Pharmaceuticals, Inc., a biopharmaceutical company, from July 2016 to January 2021. Prior to her appointment as President International, Ms. Bright held various senior leadership positions from November 2014 to July 2016 at Intercept Pharmaceuticals including Senior Vice President, Head of EUCA and Chief Commercial and Corporate Affairs Officer and Head of EUCA. During her tenure at Intercept, Ms. Bright has overseen the development of the global launch of an orphan medicine in the US and Europe, including building the commercial organization in the US establishment of legal affiliates and teams across Europe and Canada. From 2008 to November 2014, Ms. Bright held various leadership positions at Gilead Sciences Ltd., a biopharmaceutical company, including Vice President, Head Government Affairs, Europe, Asia, Middle East and Australasia, Vice President and Head of HCV Launch Planning, Vice President and Head of Northern Europe and General Manager, UK and Ireland. Prior to Gilead Sciences, Ms. Bright served in various positions of increasing responsibility at GlaxoSmithKline plc from 1997 to 2006 including VP, Commercial Planning and Operations, Global and Vice President General Manager NZ and Vice President Head of Sales, UK and Ireland. Prior to that, Ms. Bright also worked at Sanofi from 1992 to 1996 and GlaxoSmithKline from 1989 to 1992. Ms. Bright received her B.Sc. in Pharmacology from University College London, United Kingdom.

Lars Holtug, M.Sc., has served as a member of our board of directors since November 2018. Mr. Holtug was a partner at PricewaterhouseCoopers Statsautoriseret Revisionspartnerselskab (“PWC”) from 1993 to 2015. Previously, he was also Chairman of PWC in Denmark from 2005 to 2009. During his tenure at PWC, Mr. Holtug was responsible for auditing various large publicly-listed pharmaceutical and biotech companies in the U.S. and Denmark. He was also an advisor to a number of PWC clients. From 2004 to 2015, Mr. Holtug was a member of the Danish Commercial Appeals Board (“Erhvervsankenævet”) and a board member of the Danish Company law association (“Dansk Forening for Selskabsret”). He was also a member of the Accounting Standards Board of the Federation of State Authorized Accountants in Denmark (“Foreningen af Statsautoriserede Revisorer” or “FSR”) from 1998 to 2002, where he was previously a member of the Auditing Standards Board. Currently, Mr. Holtug serves as chairman of Gaming Investment A/S and its 10 subsidiaries, and of Valizo Aps. Mr. Holtug holds an M.Sc. from Copenhagen Business School and is educated as a state authorized public accountant in Denmark.

Dr Rafaèle Tordjman, M.D., PhD, has been an investor in life sciences for almost 20 years. She joined Sofinnova Partners, a Paris-based venture capital firm, in 2001, as an analyst. She became co-leader and Managing partner with €1.5 billion in assets under management, which she held until 2017. During her time at Sofinnova, Dr. Tordjman has invested in and served on the boards of many life science companies, including Ascendis, DBV Technologies, Lysogene, MedDay, Enyo Pharma, Nucana Biomed, Flexion Therapeutics, and (before it was sold to Gedeon Richter) Preglem.

Prior to joining Sofinnova Partners, Dr. Tordjman worked as a physician and researcher in haemato-oncology. After five years working at the Paris University Hospitals as a medical doctor specializing in internal medicine and clinical hematology, she presented her doctoral thesis on Haematopoiesis and Angiogenesis and obtained her doctorate in 2000. Dr. Tordjman completed her post-doctoral work in immunology at INSERM, Cochin Hospital, and published in Nature Immunology among others. In 2002, she completed a management training course at INSEAD.

In 2018, Dr. Tordjman founded Jeito Capital, an independent investment company dedicated to biopharma/biotech to establish a model of continuous financing and to invest in the next generation of leaders in medical innovation, which became the largest European fund in Life Sciences. As a representative of Jeito, she chairs the Boards of InnoSkel and Alentis Therapeutics.

To engage more women in the life sciences industry, Dr. Tordjman founded the association W.I.T.H. (Women Innovating Together in Healthcare) in 2010, which now has a global membership of 500 women representing the full chain of medical innovation. In recognition of her achievement, Dr. Tordjman was awarded Chevalier de la Légion d’Honneur, France’s highest distinction, September 2020. In 2021, Dr. Tordjman was appointed by the French government to internationally promote the country’s biotech ecosystem. 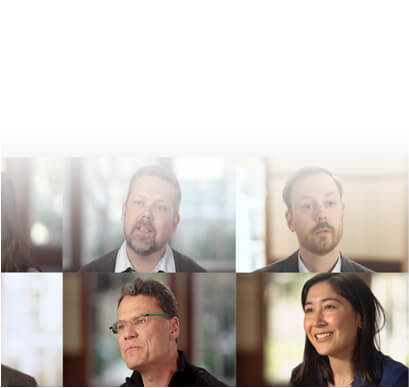 TransCon Technology is at our core 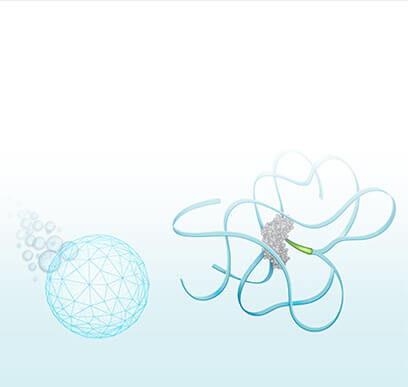 We are passionate about patients and science 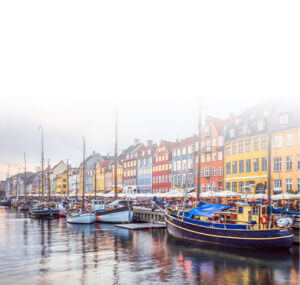 Guided by our core values

Get to know US 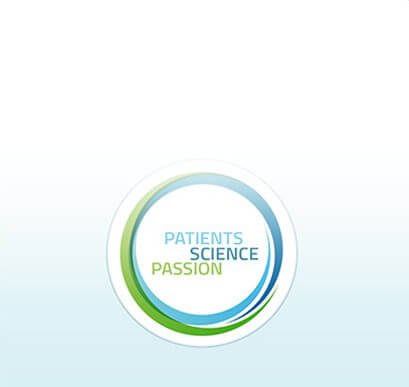 We are passionate about patients and science

A pipeline with potential to impact patient lives worldwide